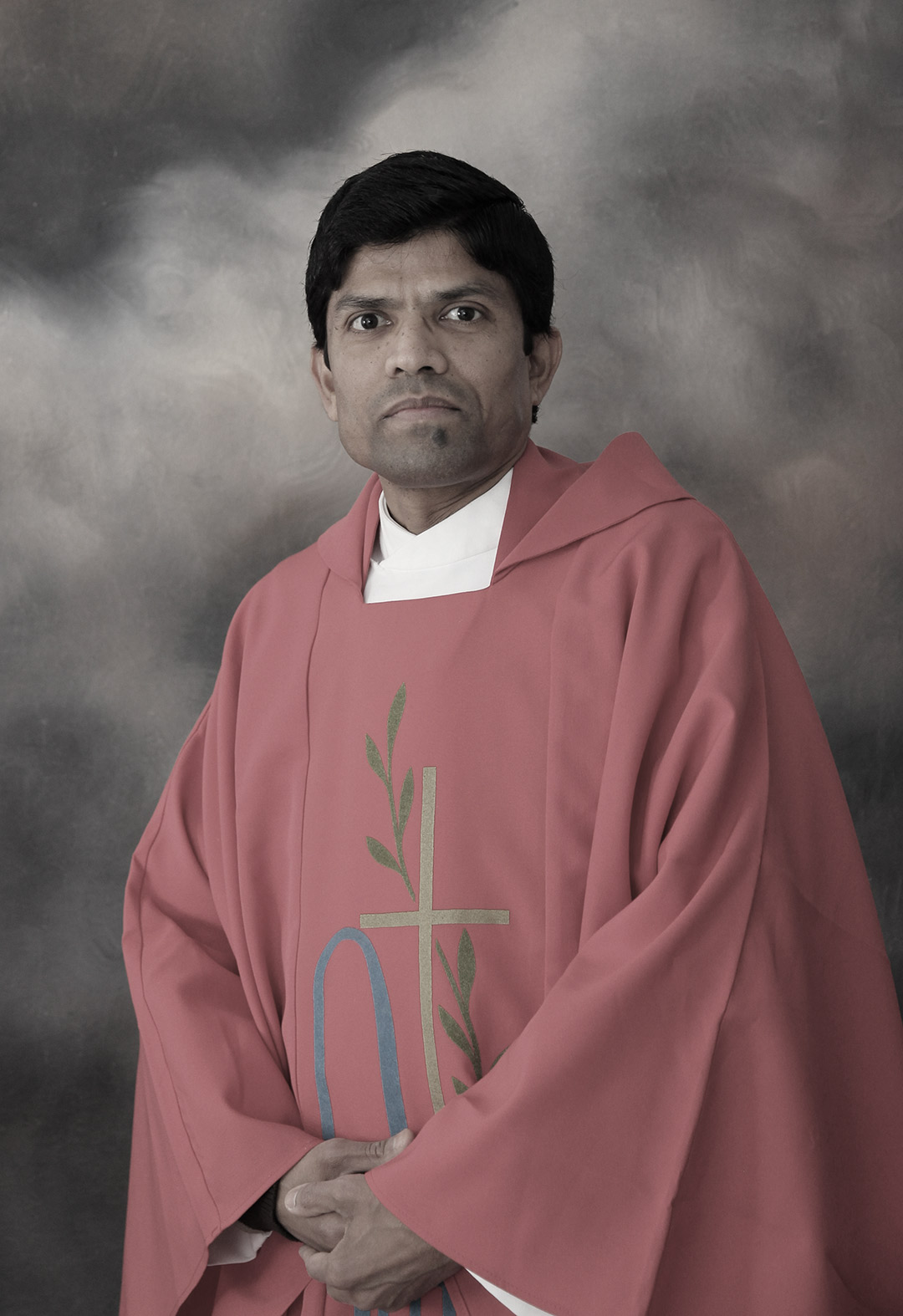 The Catholic Church teaches us that marriage is an intimate, exclusive and permanent partnership of a man and a woman which exists for the good of the spouses and the procreation and education of children. The Catholic Church cannot ignore the reality of separation and divorce in our society. The Church must reach out to those who are struggling with the pain of a broken marriage.

WHAT IS A DECLARATION OF NULLITY?

A Declaration of Nullity, also called an annulment, is a declaration issued by the Catholic Church, through its Marriage Tribunal, that a given marriage is invalid (not binding) because some essential element of marriage was lacking at the time of the exchange of consent.

Annulments ARE NOT Catholic divorces. A Catholic Declaration of Nullity states that, in the eyes of the Church, there was never a bond established. Since the Catholic Church recognizes all marriages (of Catholics and of others) with few exceptions, the Church’s nullity process is a way of helping persons come to peace in themselves, and with the community of the Church, after a marriage has broken down.

IF I RECEIVE A DECLARATION OF NULLITY, DOES THAT MEAN MY CHILDREN ARE ILLEGITIMATE?

DEFINITELY NOT. The Declaration of Nullity does not affect in any manner the legitimacy of children, names, property, maintenance payments, inheritance rights or other matters dealt with in the civil courts.

CAN A DIVORCED CATHOLIC RECEIVE COMMUNION?

Divorced Catholics lose none of their rights in the Church, except the right to enter a new marriage, until the Church declares them free to marry. All Catholics, divorced Catholics included, are free to receive the sacraments, provided they are not in a state of serious sin (i.e. have not remarried “outside the Church” or are not cohabitating with another partner). If they are in another marital (or cohabitating) union, they are not permitted to receive the sacraments. People in such a situation are encouraged to speak with their pastor.

WHAT IS THE PROCEDURE?

Both you and your former spouse will be notified as soon as the case is returned by the Appeal Tribunal.

DOES MY FORMER SPOUSE HAVE TO BE CONTACTED?

Catholic Church law recognizes the right of the former spouse to be involved in the process. He/She may make a statement regarding the marriage and has the right to introduce any witnesses he/she chooses. The Tribunal will contact the former spouse. You will NOT be required to have any direct contact with your ex-partner.

HOW LONG DOES THE DECLARATION OF NULLITY PROCEDURE TAKE?

Each case is unique with its own degree of difficulty; therefore, some cases do take longer than others. It is not possible to guarantee a specific length of time because of various factors. Please note that a date for remarriage in the Church cannot be set until a Declaration of Nullity has actually been granted and confirmed by the Appeal Tribunal in Ottawa.

WHAT ABOUT REMARRIAGE IN THE CATHOLIC CHURCH?

If the marriage is declared invalid and there are no restrictions concerning remarriage, the usual procedure of preparation for marriage in the Catholic Church may be started with the priest of your parish or the parish of the Catholic person who you intend to marry.

HOW MUCH WILL IT COST?

Please contact the Marriage Tribunal for information on the cost of an annulment.

WHEN SHOULD I CALL?

Please contact us if you have new evidence to support your case or if you have names of additional witnesses. Let us know if you have a change of address and/or phone number.

WHERE DO I BEGIN?

Contact either your parish priest or the Marriage Tribunal at (807) 343-9313 to arrange a preliminary interview, during which a member of the Tribunal staff will explain the process and go over the preliminary forms with you. When you have completed and returned the forms, an appointment for a formal interview will be made. This is when the case is officially begun.

What is the Church's understanding of the marriage relationship?

Christ teaches that God wills the union of man and woman in marriage to be lifelong, a sharing of life for the length of life itself... (Mark 10).

The Church looks for a translation of the vows into a lived human reality. In other words, a wedding always has the potential of becoming a marriage. A coming together of emotions, ideals, faith, body and soul must take place to some minimal degree over the years to be reflective of the Biblical imperatives which pose a kind of marriage which is both human and supernatural.

What is the function of the tribunal in marriage cases?

After the preliminary investigation, it is the task of the Tribunal to determine whether or not there exist sufficient invalidating grounds, both in ecclesiastical laws and in fact, that render the given marital consent defective. The Church’s declaration of nullity of a particular marriage depends on whether these invalidating grounds have been sufficiently established or not.

Who are the people who staff a tribunal?

There are priests, religious and lay people who are specifically trained for this particular work. They are people who are very aware of the pastoral significance of the service they offer and are always under oath of professional secrecy.

What is a declaration of nullity?

A declaration of nullity is a declaration by a competent Tribunal of the church that the "marriage" never validly existed in the eyes of the Church. The declaration is a formal recognition that an element essential to marriage was missing, and, therefore, the union, as a canonical Church marriage, never existed.

Is there a difference between a divorce and a declaration of nullity?

If I have a legal divorce, do I still have to apply for a declaration of nullity?

Yes. In the mind of the Church, you are still considered to be married to your first spouse. The Church does not accept the civil courts as capable of dissolving the bond of marriage. The Church does not impose penalties on those who seek a civil divorce. A civil divorce, although it does provide freedom to remarry outside of the Church, is not recognized by the Catholic Church as providing freedom to marry in the Church. Before you could marry in the Catholic Church after obtaining a legal divorce, you would have to have been successful in obtaining a declaration of nullity, which declares that your previous union was not a valid, canonical marriage.

Are Catholic marriages the only ones which need to be declared null before a second marriage can take place in the Catholic Church?

If I choose not to have my first marriage examined for possible causes of nullity in a Catholic Church Tribunal, does this affect my request for remarriage in the Catholic Church?

Yes, in that case you will not be able to marry in the Catholic Church. It is important to realize that even if you did approach a Tribunal requesting the canonical examination of your marriage, there is no certainty of a declaration of nullity unless the Tribunal has definitely found the marriage null and void and the Appeal Tribunal has upheld this first Tribunal’s decision. If you choose to be married outside the Church, you are then considered to be in an "irregular" (i.e. non-canonical) marriage, which prevents full participation in the Sacramental, as well as other aspects of the Church’s life.

Am I then excommunicated?

DEFINITELY NOT. You are still warmly invited to attend Mass and to participate in the life of the Church to the extent possible. However, there are serious limitations to this participation, especially in the areas of reception of the Sacraments, liturgical and catechetical ministry, but there are ways of taking part in the Church’s life and you would be encouraged to do this.

If I do not think I have a strong case or if the majority of the fault of the marriage breakdown was mine, should I still request the Tribunal to examine my first marriage?

It is difficult for an individual to decide on his/her own whether there are grounds for a declaration of nullity. That is where the expertise of the Tribunal staff is very valuable. It is wise to let them help you with your petition. It is not the purpose of the Tribunal process to place blame on one spouse or the other. It is their mandate to receive all petitions and thoroughly search for the "grounds" for a declaration of nullity, if these exist.

My first marriage lasted for many years and we had several children. How can this marriage now be declared null by the Church?

The duration of a marriage and the number of children makes absolutely no difference to the validity or non-validity of a marriage.

If I receive a declaration of nullity, does that mean my children are illegitimate?

DEFINITELY NOT. The declaration of nullity does not affect in any manner the legitimacy of children, names, property, maintenance payments, inheritance rights or other matters dealt with in the civil courts.

What is the financial cost for the declaration of nullity procedure?

Each diocese determines the cost factor for processing a declaration of nullity. The majority of the financial base for a Tribunal comes from the general diocesan funds. However, it is deemed to be fair and right that those persons benefiting directly from this service should be asked to make a contribution, always in keeping with their financial ability, toward the defrayment of the necessary expenditures. The amount to be paid is usually discussed on a one-to-one basis with the petitioner. One’s ability or inability to make a contribution has absolutely no bearing upon the person’s right to receive a just adjudication of their petition.

If the whereabouts of your spouse is known, then the Tribunal must, in justice, notify your spouse to inform him/her about the petition and to give an opportunity to exercise one’s right to be interviewed. The response to the notification or a complete disregard for the notice does not affect the processing of your declaration of nullity case.

If my petition for a declaration of nullity is successful does that mean that my former spouse is granted one also?

Yes. Both partners are now free to remarry in the Catholic Church. However, in some cases, a conditional restriction may be imposed because of the circumstances that gave rise to the invalidity of the first marriage.

How long does the whole process take?

It is impossible to predict the exact length of time needed to process a case because each one is unique and may require a time line which is different. However, most cases are processed in 12 to 18 months.